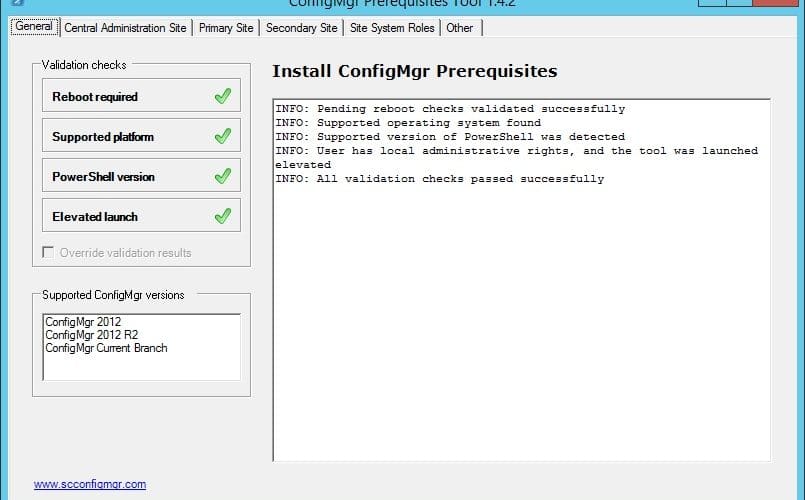 I’ve chosen to update the ConfigMgr Prerequisites Tool to reflect the correct name of the latest version of ConfigMgr. In the previous version of the tool, it said ConfigMgr vNext, which has now been amended to ConfigMgr Current Branch.

This minor update to the tool includes the following:

As you may have seen on Twitter, I’m working on a new version of the tool which will be 2.0.0. I’ve decided to share a teaser here:

As with previous realeses, you can download the tool from the TechNet Gallery.
I hope you enjoy this new version, and please report any issues that you may have with it.