The scenario of dynamically installing Applications based upon a variable list (CustomSettings.ini or Dynamic Variables) during OS Deployment is not something new and has been around for ages. When you integrate MDT with ConfigMgr, you get tons of extra features and great additions. The section in an MDT integrated Task Sequence called Install Applications includes a VB-script from MDT that converts a variable list that is later on used in the next step called Install Applications. This works great, however as you may have noticed I’m not a fan of VB, so I’ve re-written the VB script in PowerShell. In this post I’ll walk you through how the script works and how to implement it in different scenarios.

In your CustomSettings.ini file, you would add something like the following to a section of your choice:

If you’re not comfortable with using the CustomSettings.ini file (you should learn how it works though), you can use a step called Set Dynamic Variables that are native in ConfigMgr. In the picture below you can see that I’ve defined the same three variables as I did in CustomSettings.ini:

Just like the original script, my version supports you to define the RuleVariableName variable (the one that you specify in CustomSettings.ini or a Set Dynamic Variables step) and the BaseVariableName (what’s specified in the Install Applications step). If no parameters are given to the script upon execution, the default value for RuleVariableName would be APPLICATIONS and the default value for BaseVariableName is set to COALESCEDAPPS. I’ve designed the script for easy use, so if you don’t want to use custom variable names, simply just run the script without any parameters.
I should also mention that, if you for some reason have now defined chained suffixes, e.g. 001, 002 and 003, but instead 001, 002, 004 my script will re-order it correctly so that the Task Sequence won’t break because of that. In addition, the script will log it’s output in the current path where the Task Sequence is logging to smsts.log in a file called DynamicApplicationsList.log.

I’ve uploaded the script to my GitHub repository, but you can also download it from the link below:

Now that you’ve seen how it works, lets walk through how you can implement this in your environment. This process is quite simple and consists of creating a legacy Package and then replacing a couple of steps in your task sequence. First of all, you should download the script from the link above or grab it from my GitHub repository.
1. Start by creating a Package without a Program and set the content source to a location where you’ve downloaded the script.
2. Distribute the package to your Distribution Points.
3. Edit your MDT integrated Task Sequence and locate the Install Applications group.

5. Name the new step e.g. Set Dynamic Applications List, select your package with the PowerShell script and enter the script name. Remember to select the Execution Policy to Bypass.

6. Remove or disable the Convert list to two digits step, and make sure that the default base variable in the Install Applications step is set to COALESCEDAPPS.

That’s it! You have now modernized your task sequence a bit with PowerShell instead of legacy VB-scripts. 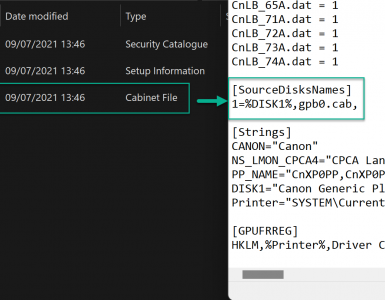