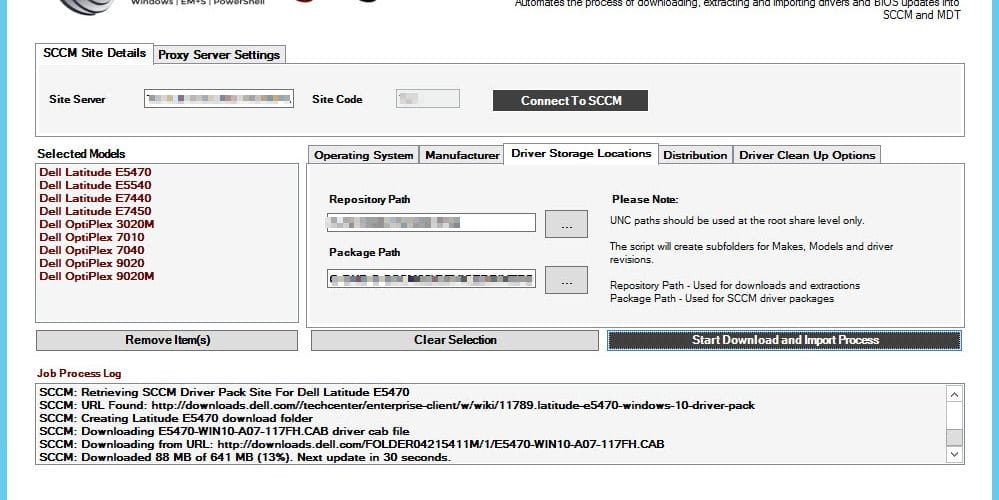 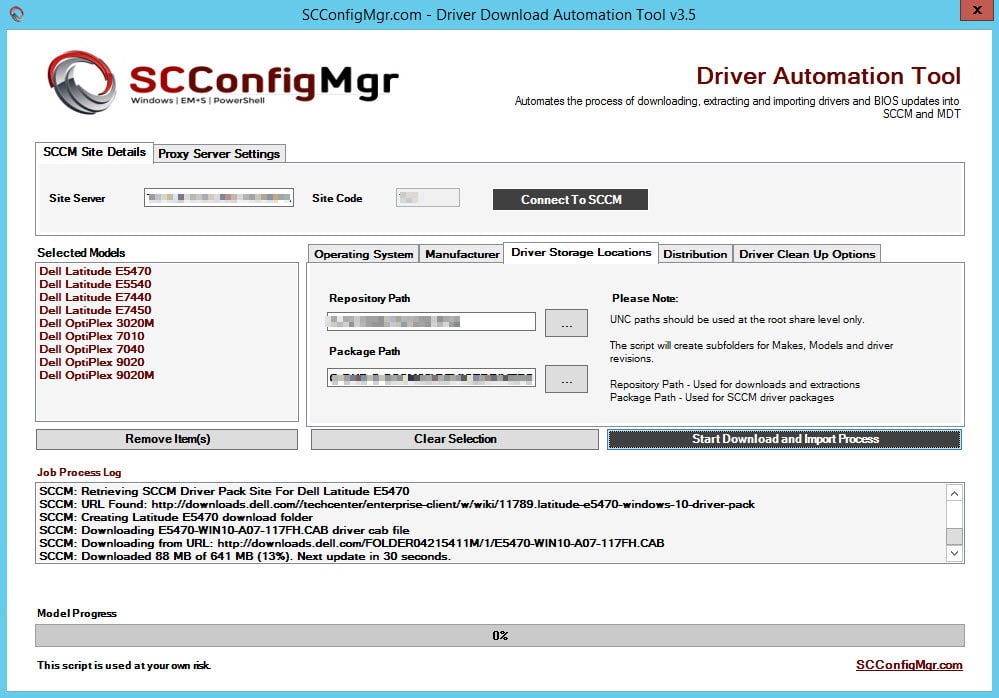 Following on from the success of the Dell, HP and Lenovo Driver Download Tools I have posted over the past couple of months here is the new multi-vendor version.

The script generates a PowerShell GUI to automate the processes of downloading, extracting and importing driver packages for all three of the previous vendors and I hope to add more with time. The initial version is labelled v2.0 as many of the features that people requested as additional extras were built into the Dell version, so it made sense to build upon that release.

The tool automates the following processes;

The script can be run against SCCM, MDT, both SCCM/MDT or as a standalone driver download utility (by popular request). I have also added notes on the individual tabs as previously people had tried specifying long UNC paths for the repositories and not the base share directory I had advised to use, causing issues with long UNC path names.

Model listings are obtained from XML feeds from the three vendors. I don’t have control over the models listed in them, however if there are models missing, let me know and I will feed it back into them for future updates.

There are a few new features in this version of the GUI script, these being;

Note : Be careful when using the clean up options, as they will impact on your task sequences. 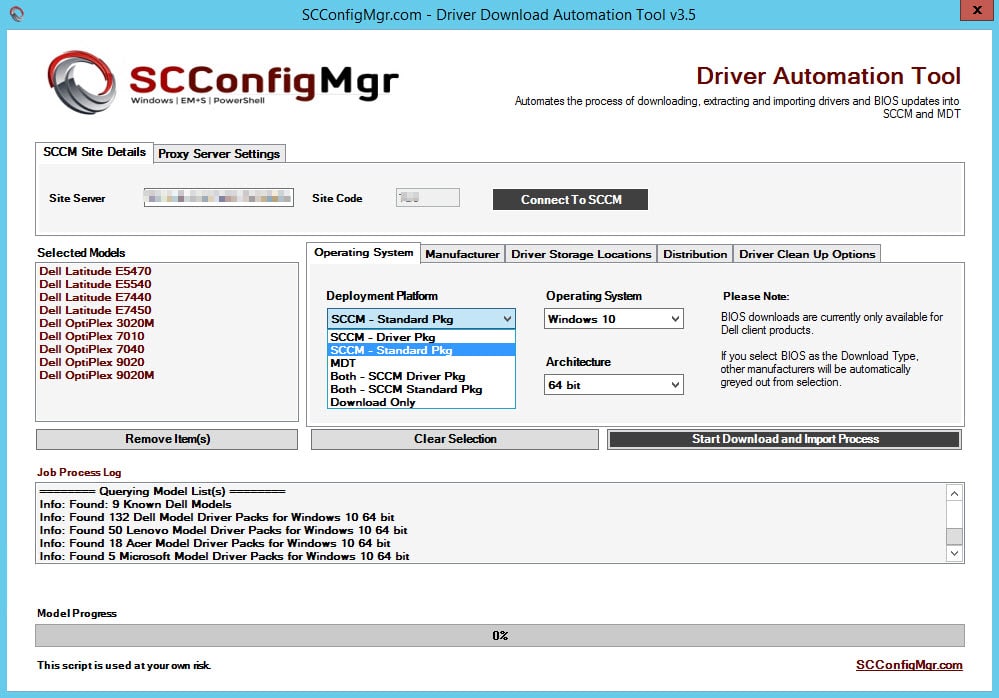 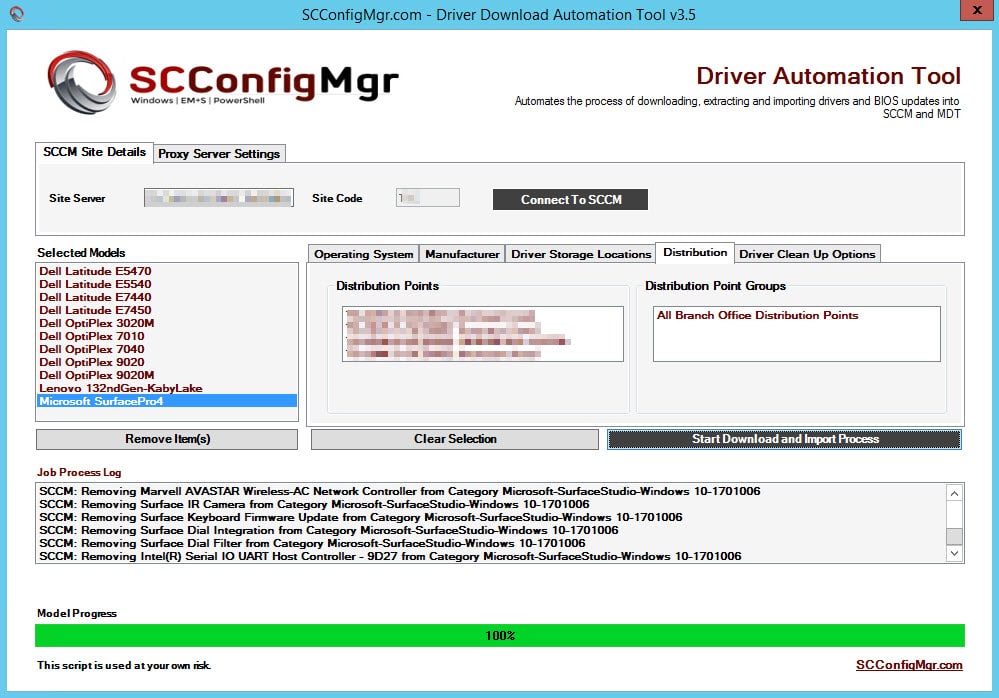 Post Driver Package Cleanup – A05 Removed, A06 is current

How To Run The Script

Launch the script from an administrative PowerShell window using an account with rights to your SCCM site server (if using the SCCM query option). 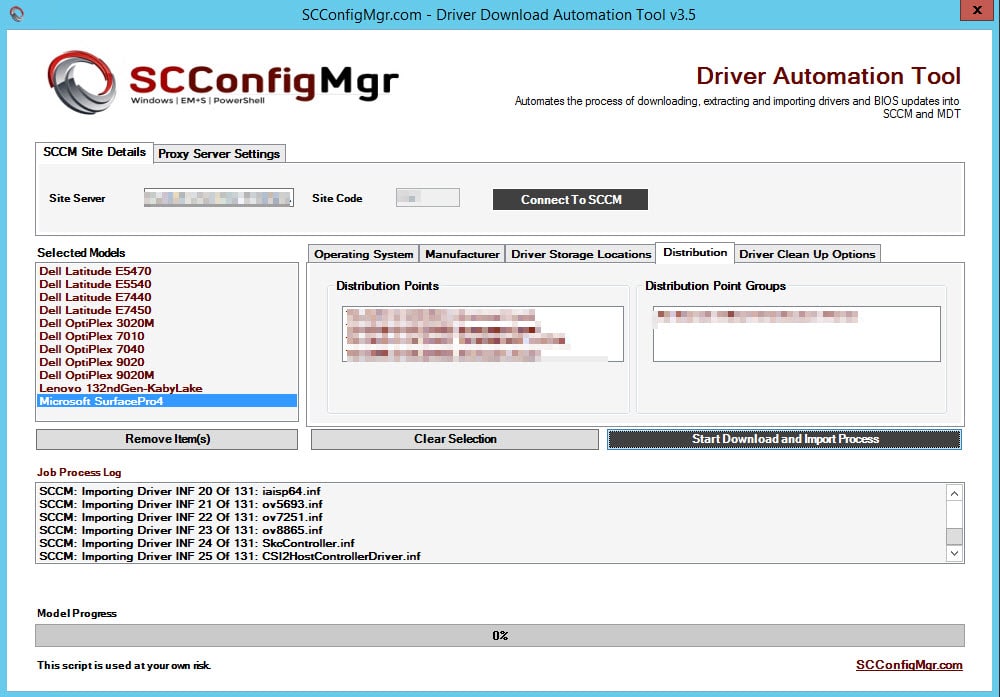 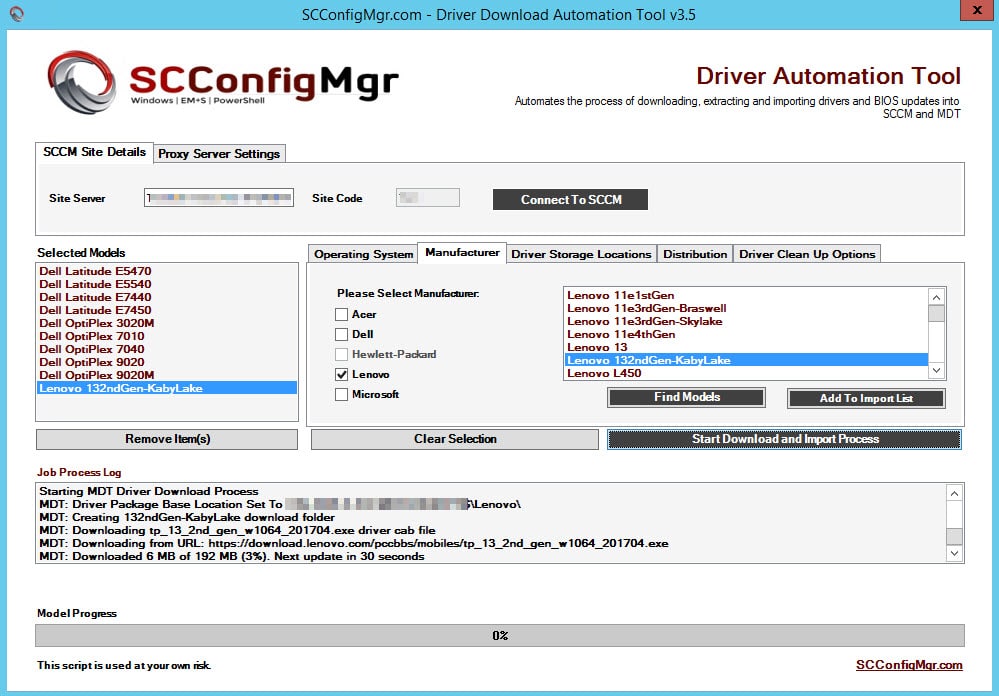 This is a community tool and as such please by patient when sending over requests or tweets. I do try to accommodate where possible but remote support or troubleshooting sessions are not available hence the “No Support Provided” message.