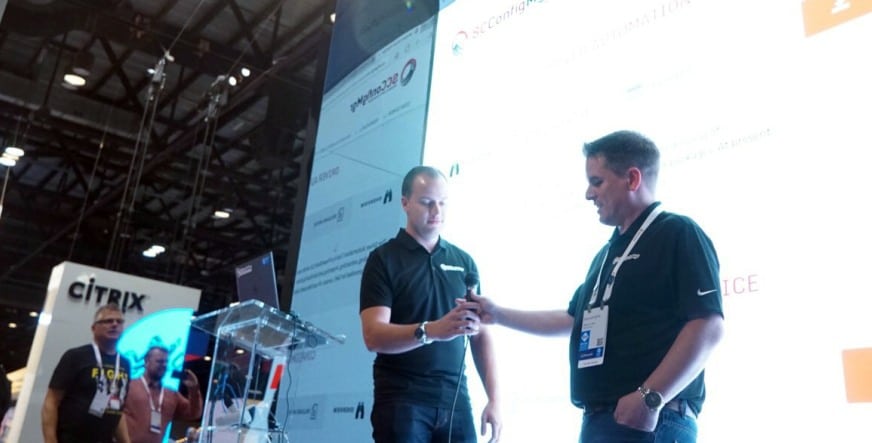 Looking back at Microsoft Ignite 2017

Having picked the Orange County Convention Centre (OCCC) in Orlando for 2017 much excitement was generated around the venue, however during the final few weeks of the run up to the conference hurricane season provided more than its fair share of issues across parts of Florida. The team at Microsoft did an excellent job at keeping people up to date in regards to the conference going ahead, thankfully Irma veered away and lost its momentum sparing mid and north Florida.

The venue itself was in a word, huge. The OCCC consists of two buildings, the South and West building. Both buildings were linked by a sky bridge, as were two of the conference hotels, the Rosen Center (which I was staying in) and the Hyatt Regency. The latter also hosted some of the sessions, the immersion zone and hands on lab facilities. To give you an idea of the size of the buildings it would take around 20 minutes of brisk walking to get from the Expo hall in South building to the far end of the West building. If anything all this did is ensure I kept fit for the week walking over an average of 20k steps a day.

Satya Nadella, CEO of Microsoft, took to the stage in what turned out to be a bit of a lack luster keynote. The main content focused around the realisation of quantum computing and the benefits it could bring to man kind. Where as I get the importance of this technology, it did leave the techie inside craving a major product announcement or something to get fired up about the Microsoft brand. Having said that though I would rather sit at a keynote and watch technology which will be the future, rather than watch a marketing machine trying to fire you up about a technology that was never going to succeed (flashbacks of Chicago 2015).

In a word, terrible. I have learned over the years that conference food is to be avoided, which is a pity when I think back to the decent catering provided at TechEd 2014. Every year attendees come back with the same experience, and no one appears to be listening. If anyone from Microsoft does see this then I suggest perhaps that local businesses are invited to set up stalls which are then subsidised in the absence of “free food”. Attendees would be glad to pay out the extra for food which is actually edible rather than having to run out to one of the many fast food outlets attendees have become familiar with.

The sessions I attended all had a similar theme, that being a strong focus on the modern management of Windows through the likes of Autopilot and Intune. There is good reason for this as the experience delivered to the end user is designed to be consistent across multiple hardware platforms and allow for companies to break their reliance on maintaining a set number of models in their environment. For those of you who still love their Configuration Manager /MDT environments, this might of felt like a big push by Microsoft to change the way they are doing things at present, and without a doubt this was shown by the fall in the number of sessions at Ignite on these still awesome products.

A good comparison on this push towards modern management would be to take a previous technology push by Microsoft to get organisations to move away from their on-premise Exchange environments to their Office 365 platform. Aside from some of the teething issues which you will have with any new product, I am sure you will agree that on the whole that Office 365 has been a success for both Microsoft and the consumer. So if I was starting a company today I would have to consider the modern approach of  Autopilot/Intune/AzureAD, especially given that the future road map for this product set should provide a lot of new features down the line.

For those who still love OSD, the great news coming out of people such as David James in Microsoft is that Configuration Manager will continue to develop. The product has been a massive success since they switched over to the current branch model, so I would foresee that this product will be still around for quite a while. Remember that Autopilot is not a replacement for OSD, so take it on its own merits and try not to compare them in the same light.

For those who wanted to be able to chill out and switch between multiple break out sessions running at the same time, the session wall was present again. Simply grab your radio transmitter and headphones, sit down and tune into which ever session was featured on the wall. I’m not sure why ESPN was on one of the screens, but hey there are a lot of sports fans right?.

With such a large conference center to navigate, it became a dash between each of the breakout sessions. Thankfully though this time due to the large scale of the rooms there wasn’t a session that had closed doors due to capacity. The one thing I would like to see in the future is a more planned out approach whereby technology focused sessions are run in the same area of the building. This would also allow for better networking with like minded individuals, something you are not going to get on a power walk to the far side of a building.

On the Tuesday at Ignite, Nickolaj and I were asked by Adaptiva to demo our Modern Driver Management solution at their booth. The booth was one of the largest in the expo hall and situated right smack bang in the middle of it. Given that we had the words “Configuration Manager” in the title, it attracted a whole bunch of ConfigMgr admins who were eager to see something that might make their lives a little bit easier.

Despite our best efforts, the demo gods were less than kind to us prior to the demo so we reverted to some fall back videos I captured on my production environment (always have these for demos) and we got a positive response from the crowd for the 30 minute session. Afterwards we got to meet a bunch of people who we know from online media such as Twitter and spent nearly an hour going through questions on the solution and how they are using it in their environments.

My driver automation tool and Nickolaj’s web service got a mention and some air time at Johan Arwidmark & Mickael Nystrom’s breakout session on Expert level Windows 10 deployment. On a personal level, having read books by both of these guys and watched many of their sessions it was a proud moment to see my “tiny little” PowerShell script getting some air time at a major conference.

Networking is one of the key things to any conference and most of the vendors pulled out all the stops to ensure that attendees had opportunities to mingle with Microsoft staff, MVP’s and product developers. Microsoft pulled out all the stops with Universal Studios being selected as the end of conference party destination. The park was closed to the public from 7pm that evening until just after midnight and transportation to/from the event was like a military operation.

I would like to say a special thank you to Mandy Fisher from 1E and Ami Castro from Adaptiva for inviting us along to their vendor parties. Both of which were full of far too many cool people to mention, it was great meeting you all.

Microsoft confirmed on the last day of the conference that Ignite will return to Orlando again in 2018. So for those of you thinking of attending a conference next year, save the date and get in the good books in work.