More information about ConfigMgr OSD FrontEnd is available on the following page, including download link and release notes:

Below is a list of enhancements and new features made available in this release:

In this short blog post I will explain a solution for fixing an FSLogix slow sign-in process.

This release of WIM Witch brings support for Windows 10 21H1! Adding support for this operating system presented unique challenges as Microsoft didn’t correctly update a key image property that is critical in... 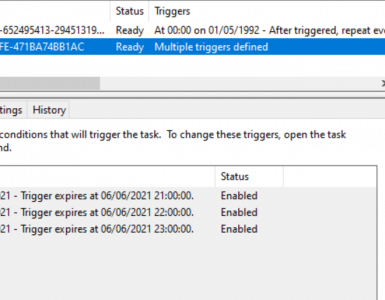 Proactive Remediations – Getting your message across with repeated Toast Notifications