Since the release of Windows 10, it has been common for organization to try and reduce the footprint of built-in apps (or default apps) in their reference images, or even during bare-metal deployment. Over the years, the community has provided several solutions on how to accomplish this including myself. During this time, I’ve attempted to keep my script updated after each new release of Windows 10. You’ll find the post about the method I’m using in the script and how to use it when creating a reference image here:

Now with Windows 10 version 1809 released, it’s time for another update for the remove built-in apps script.

I’ve made the script available on our GitHub repository along with all the other scripts that we’ve shared, and it’s available on the following URL:

Below is a list of changes and additions made to the latest version of the script:

Reference the previous instructions from the original post mentioned above. I highly encourage you to also implement the solution at the bottom from Johan’s blog about how to turn of the automatic app updates from the Windows Store. If you intend to use this script for bare-metal deployment using e.g. ConfigMgr, that’s also supported. Simply execute the script after the operating system has been applied after the Setup Windows and ConfigMgr step.

Below is a few screenshot of how I’m using this script to remove the built-in apps along with Johan’s scripts when creating a reference image using MDT: 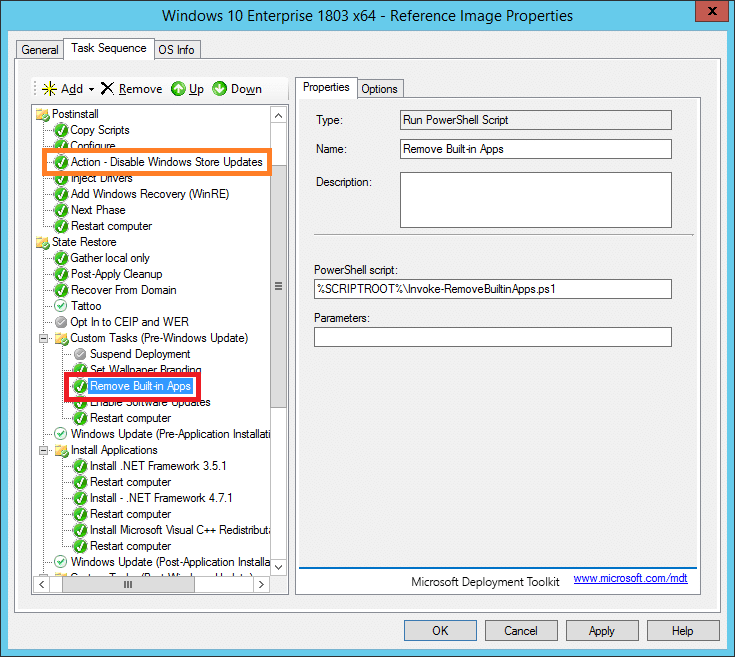 Here’s one from when you enable the app updates from Windows Store at the end before creating the WIM file: 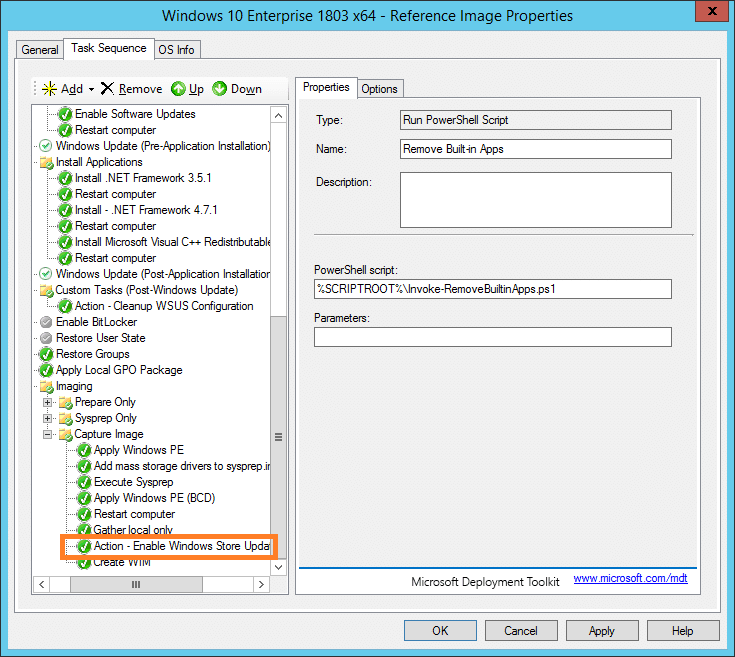 And when using the script in ConfigMgr, here’s an example of how that could look: 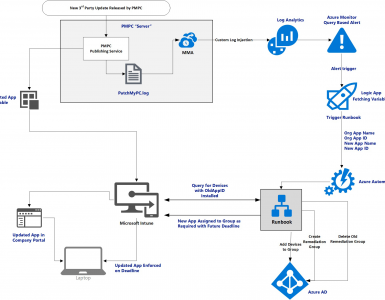 IntuneWin32AppRemedy is a Azure Automation solution and can be used in many different ways. This post will show how you can integrate my solution with almost any kind of Intune Win32 App management tool or solution you...

According to my last blogpost on how to get started running PatchMyPC for 3rd Party patching via Intune it became clear that PMPC does not enforce automated patching of available apps in Intune. This could also apply to...

When provisioning devices using Windows Autopilot and managing them with Microsoft Intune, there’s a ton of configuration options available using a range of different profiles, except for setting the time zone...