Many of you have probably thought about deploying Windows 10 in your organization and are already looking into the different options that Microsoft with their new operating system have brought to the table. The traditional ways of deploying a new operating system included methods like Wipe and Load, Refresh and Replace. Now with Windows 10, not for the first time though, you have the option to perform an In-Place upgrade. What’s different this time around is that it actually works, and it works really well.
For those of you out there looking to deploy Windows 10 in your organization, and are interested the In-Place Upgrade scenario, this is the post for you. I will cover the requirements and limitations for the scenario including a basic overview of how the In-Place Upgrade feature actually works under the hood. Additionally I’ll go through the process of using In-Place Upgrade with ConfigMgr vNext, and upgrade the post when the new version of ConfigMgr has been released (if there are any changes of course).

With previously released version of Windows, the In-Place Upgrade scenario was never considered a reliable option to deploy the latest version. But in Windows 10, Microsoft has put in enormous efforts to make the scenario the first choice for organizations when deploying the new version of Windows. This time around, it’s not only steady and reliable, it also features an automatic roll-back feature if any issues would occur during the deployment process, without the need of any IT-staff involvement. This scenario could also be considered faster than the traditional deployment scenarios, since applications and drivers do not need to be re-installed as part of the process. Although, there are some limitations as to how you can leverage the In-Place Upgrade scenario, which I will mention in this post.
When should you consider using the In-Place Upgrade scenario? The following scenarios describe that a bit more in detail:

The latter of those statements becomes really important, and improves the future upgrades to the latest versions of Windows when Microsoft releases them. I assume that you’ve heard about the Windows as a Service terminology? If not, the picture below illustrates how the new versions of Windows will be made available through branches during different stages: 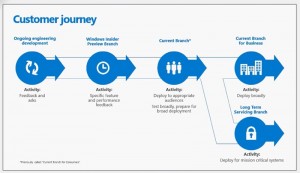 Whenever a new version is released, organizations can leverage the In-Place Upgrade scenario to test and deploy the latest version in their environment. In my opinion, this is killing blow for the traditional methods of introducing a new version of Windows in the organization, and improves the process enormously including keeping the deployment time at a minimal.
What are the upgrade paths available?

One of the questions I believe that many administrators are asking themselves is, what do I need in order to leverage In-Place Upgrade in a deployment scenario for deploying Windows 10? Below is a table of things to consider and that you need to be aware of. It’s important that you are familiar with the scenario and what the requirements are.

Until now, everything seems great and you probably want to get started with deploying Windows 10 using the In-Place Upgrade scenario. But before you do that, there’s a few scenarios you need to be aware of when you cannot leverage In-Place Upgrade:

There are some other limitations when not to use the In-Place upgrade scenario, like for instance with Windows To Go devices and when using Boot from VHD, but in my opinion they’re barely used in a organization.

Basically, you can look at it this way, you’ll end up with exactly what you already have on the device (except for unsupported items that are not eligible for Windows 10).
The upgrade process consists of four different phases. During my visit to Ignite in Chicago in May earlier this year, I attended the Windows 10 In-Place Upgrade deep dive session. From that session, the following was presented in terms of the four phases and what’s going on behind the scenes:

When setup.exe is executed on the down-level operating system, the following tasks are performed (prerequisites and compatibility checks):

WinRE (Windows Recovery Environment) is executed, and has less functionality than WinPE. Possible to recover to the down-level operating system. Tasks that are being performed are:

During this phase the new operating system is being booted to for the second time. User is taken directly to the Out-of-box-Experience once the finalization is complete. Tasks that are being performed are:

As for the whole upgrade process, it’s much more complicated than described above, but I wanted to highlight the four phases and give you an idea of what’s going on. Now that we have a better understanding of In-Place Upgrade with Windows 10, lets go ahead and prepare for an In-Place Upgrade scenario with ConfigMgr vNext.

As of writing this post, it’s possible to upgrade from any of the supported upgrade paths with the most current version of ConfigMgr 2012 R2 SP1. Although, this version requires a custom made task sequence (one that Microsoft has already provided for us, available here). Instead I’ll go ahead and demonstrate how the real (hopefully) task sequence will look like by using ConfigMgr vNext TP3 and a task sequence template called Upgrade an operating system from upgrade package.

NOTE! This is still in preview and might change. If the process is updated in the final release, I’ll update this post accordingly. 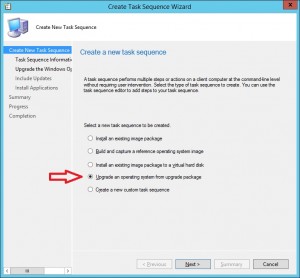 The scenario I’m going to demonstrate in this post involves a Windows 7 SP1 Enterprise domain joined device that will be upgraded to Windows 10 Enterprise. Before I go ahead and start creating anything, I’d need to download the source media of Windows 10 from MVLSC and extract the content of the ISO. 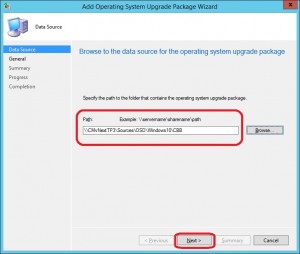 3. Specify a name of the upgrade package and a version (I suggest that you specify the build version in the version field). Click Next. 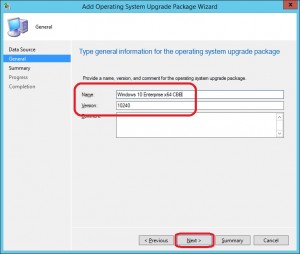 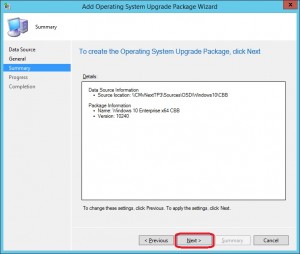 5. On the Completion page, click Close.
6. Distribute the Operating System Upgrade Package to your Distribution Points. 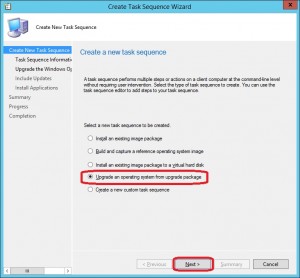 3. Enter a task sequence name and a description and click Next. 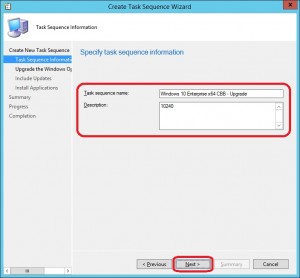 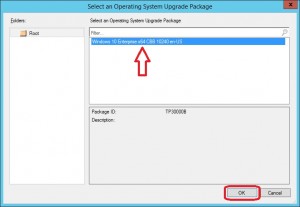 5. Back on the Upgrade the Windows Operating System page, click Next. 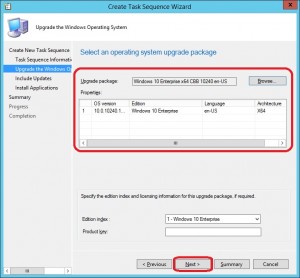 6. Select to install All software updates and click Next. 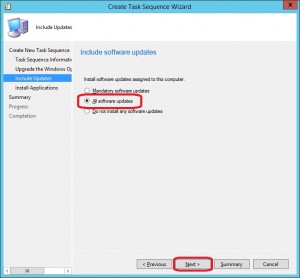 7. Decide whether or not to have the task sequence installing any additional applications, click Next. 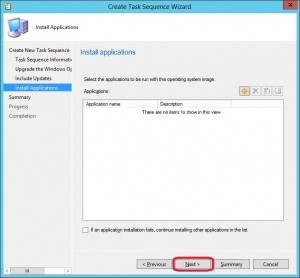 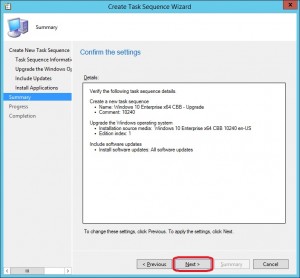 9. On the Completion page, click Close.
We now have the upgrade package containing the latest build of Windows 10 together with an upgrade task sequence ready for deployment to our Windows 7 device. The next step would be to deploy the task sequence to a collection containing the Windows 7 device. I’ll assume that you’re familiar with deploying a task sequence, so I will not cover those steps in this post. For the purpose of demonstration and for you to follow along, I’ll deploy this task sequence with a purpose of Available to my Windows 7 device.
You should of course decide whether to make this available to your devices or if you should at some point require it. In terms of the Windows as a Service, and keeping up with the latest version in your organization so that your devices are supported, perhaps a good idea would be to make it available for your organization a certain time before the build runs out of support. And at the end of the support time frame, make it required. This is something that Microsoft is currently working on with ConfigMgr vNext and what they’re calling Windows 10 servicing plans.

NOTE! In the Technical Preview 3 of ConfigMgr vNext, I had to re-distribute the upgrade package so that it got a version 2 for it to work. 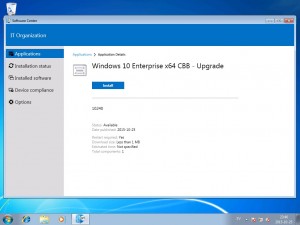 2. The In-Place Upgrade process will now start where the first phase will run, checking for readiness and compatibility. 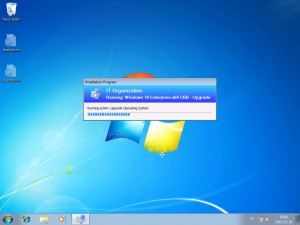 3. The device is booted into WinRE. 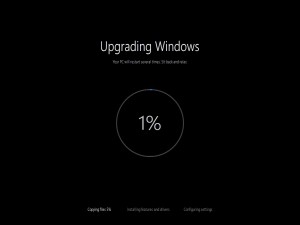 4. After a reboot, Windows 10 is being specialized in addition to other tasks as mentioned above. 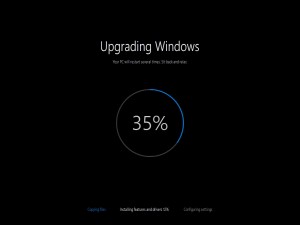 5. A second reboot occurs and Windows 10 is being configured and launched for the first time. 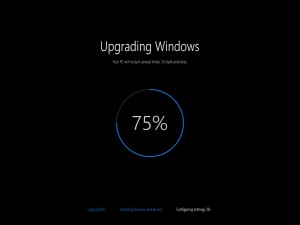 6. After the third reboot Windows 10 is upgraded from Windows 7 and we’re back in the task sequence engine. 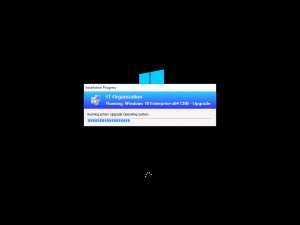 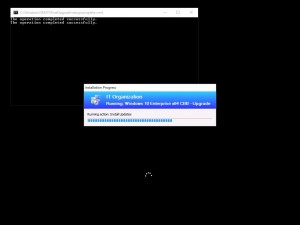 8. We’re finally presented with the logon screen after a final reboot. 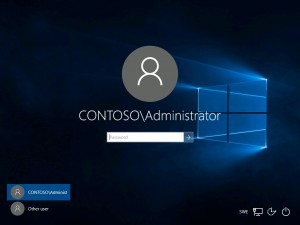 After we’ve logged in, Windows 10 will setup your apps and perform a few other tasks where it eventually will present you with the desktop. The whole upgrade process is now complete and your device have successfully been upgraded from Windows 7 to Windows 10 by using the In-Place Upgrade scenario. 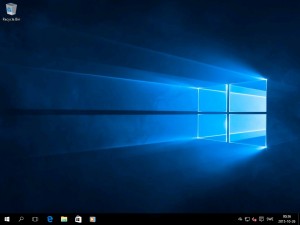 Manage Windows Hello for Business (WHfB) with Intune is very “easy”, you have so many options: At device enrollment: Tenant-wide policyAfter device enrollment, at least four methods: Endpoint Security >...

In this blog post we cover the unusual characteristics of the Intel Optane drive, and how we need to approach task sequence builds to ensure we do not hit an unforeseen issue when it comes to in-place upgrades later in...