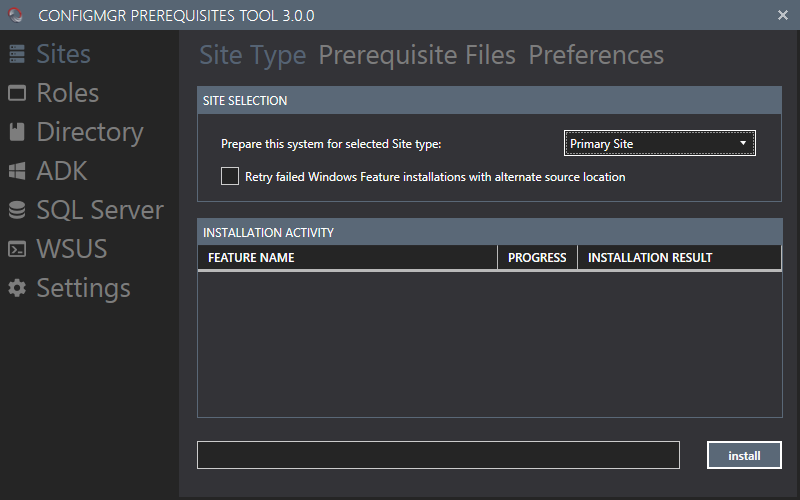 It has been some time since this tool got my attention, and to be honest, when version 2.0.0 was released I said that I’d add back the features that got removed since version 1.4.2. Truth be told, I was not happy with the outcome of version 2.0.0 and started looking at a completely re-written version instead, that would in fact include the removed features and add in more that has been request for a long time. I also realized that I needed to come up with a new user interface to be able to introduce more features, since the single tab experience version 2.0.0 had wouldn’t cut it.

With this new version comes a lot of improvements in terms of functionality and usability. See the list below for more details:

You can download the tool from the TechNet Gallery, following the URL below.

From this version and onward, ConfigMgr Prerequisites Tool source code will be available on GitHub:

Since ConfigMgr Prerequisites Tool 3.0.0 has been completely rewritten, the documentation covering the older version are now obsolete. Included in the download from the TechNet Gallery is a PDF with more details about each section of the tool.